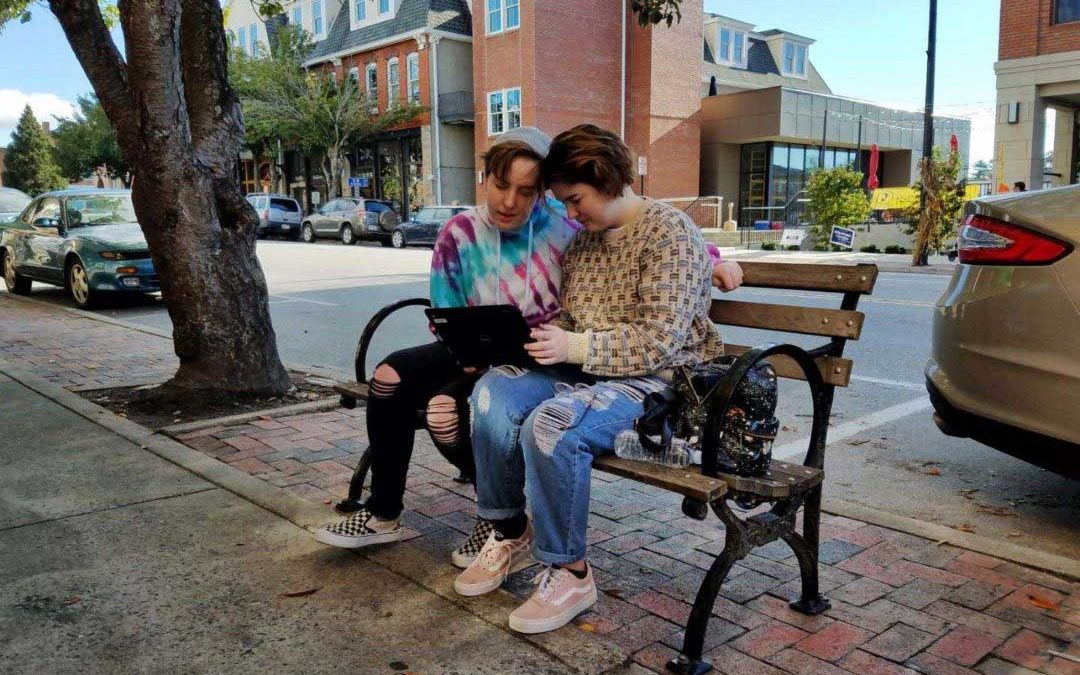 The Transylvania Community Arts Council is giving a chance for students and young grads to break into film. Thanks to FilmBrevardNC, internships and apprenticeships are giving budding filmmakers and actors a leg up in an industry that’s notoriously hard to break into.

For young writers like Evan Schmidt, FilmBrevardNC has allowed him to work on multiple projects, including his upcoming film titled “Airplane Mode,” which he both wrote and directed.

“When you look at everybody that wants to be a part of filmmaking, everybody has to get a start somewhere.” said Schmidt. “I’m really proud of the fact that we were able to incorporate people who were getting involved with film for the first time, and even help young filmmakers like myself either fresh out of college or still in school.”

Tamara Hopkins, executive director of TCArts, brought FilmBrevardNC with her when she was hired at the arts council in 2006. Before coming to TCArts Hopkins had worked on a number of feature films, both independent films and projects based in California; she’s served as the film liaison for Brevard and Transylvania County for more than 18 years.

“We keep a list of WNC people interested in learning more about film, whether that is crew work or performing, and we try to match them up with the projects coming into Brevard and Transylvania County,” said Hopkins.

Hopkins believes western North Carolina has the unique landscapes that are particularly suited to film. “I love to showcase our area and the beauty of it, as well as the Appalachian people,” said Hopkins. “That’s why a lot of people come here to shoot, we have something that nobody else has.”

“Airplane Mode,” which will soon be out of post-production, takes a look at the millennial generation’s daily life and the importance put on technology, especially social media. The film focuses on the virtual personas that today’s youth create for themselves, and how the glorification of social media has affected the minds of this generation.

Schmidt hopes the film, which was filmed in Brevard in October, will shed light on the standards set by social media today.

“I do think it’s important to take a critical approach on how we are creating these identities for ourselves and how we are using these two-dimensional worlds we are creating to interact,” Schmidt said. “‘Airplane Mode’ thinks about a return back to normal life and how refreshing that can be for a generation that has grown up with social media.”

Aniela Lane, daughter of Mark Lane and Christine Kosiba, has worked on projects with FilmBrevard. Kosiba acknowledges the fact that her daughter’s resume has been boosted with these special work opportunities. “More importantly (it) has opened her eyes to all that goes into a production while helping her develop self-direction, patience, confidence, collaborative skills and appreciation for diversity,” Kosiba added.

Hopkins has helped a number of young individuals get involved with films in WNC. Hopkins was producer for “Airplane Mode,” during which she enjoyed watching Schmidt take over as the director of the film.

“He did a great job, this is something he created and he knew what he wanted as it is a story he sees with himself and his friends,” Hopkins said. “He really was the right person to direct it because he is living it.”

In his second project with TCArts, Schmidt has appreciated the support and advice he’s gained from the talented group at FilmBrevardNC. In particular, Schmidt acknowledges the benefit of receiving mentorship from someone as experienced in the film industry as Hopkins.

“Tammy has been working in the film industry for a long time, and working with a professional like her who guided me through areas of pre-production like casting, locations, managing those locations made it a lot easier,” Schmidt said. “Tammy has a lot of local connections.

“With her company and her film office we were able to connect with a lot of people locally and involve the community in the area, and I was really grateful for that because it made the film happen,” he added.

Once complete, “Airplane Mode” will be submitted to film festivals, with a local screening of the film to take place this spring—the date is yet to be determined. A number of films shot in the Brevard area will go to market in 2019, and Hopkins hopes many will be shown in theaters and through web-based media outlets.

The TC Arts Council and FilmBrevardNC wrapped up a number of projects in 2017-2018, most notably the music video “The Strangest Christmas Yet,” which features Steve Martin and the Steep Canyon Rangers. Local filmmaker and Brevard native James Suttles — who has been working in film for over 20 years, since he was a teenager — shot the music video under the auspices of his film company, SuttleFilm.

FilmBrevardNC is headed into 2019 with a number of new projects underway. On Jan. 23, filming will begin with SuttleFilm for “The Good Things That Devils Do,” a horror movie. Later in the summer, plans are in the works for shooting a film titled “Cucumber,” described as a “dark Southern comedy.”

Hopkins says both film projects will need lots of extras for big scenes; she maintains a list of people interested in helping. Those interested in helping with an upcoming film should email tcarts@comporium.net with contact information and a specified area of interest, whether acting or on the production crew, Hopkins said.

Film locations are also needed, she added. Upcoming location needs are as varied as “a modern home in the downtown area, a trailer located in a trailer park, a gas station and a muscle car”; those with an interest in hosting their location should email tcarts@comporium.net with a photo of the property and contact information. 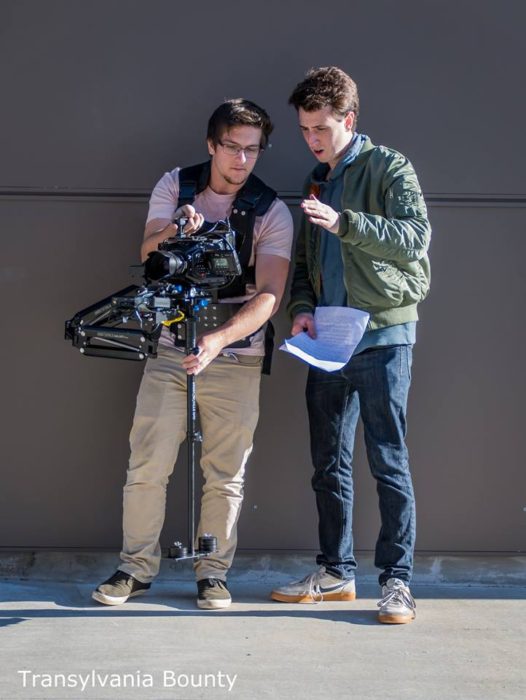 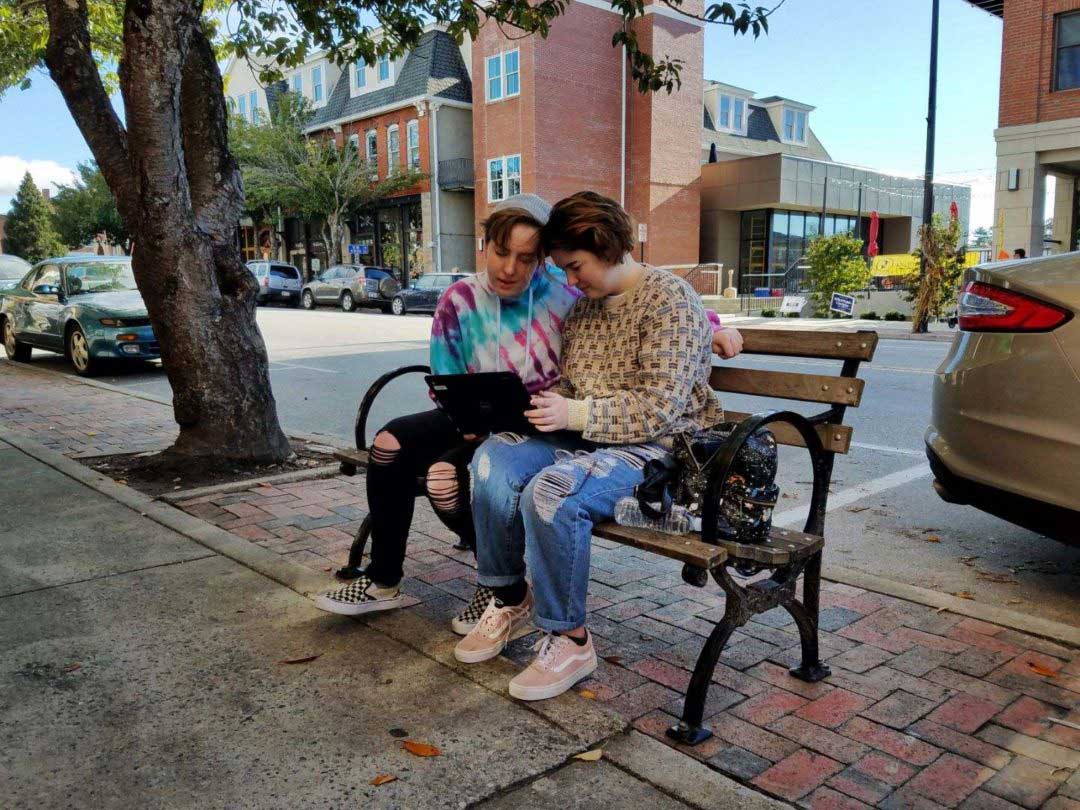 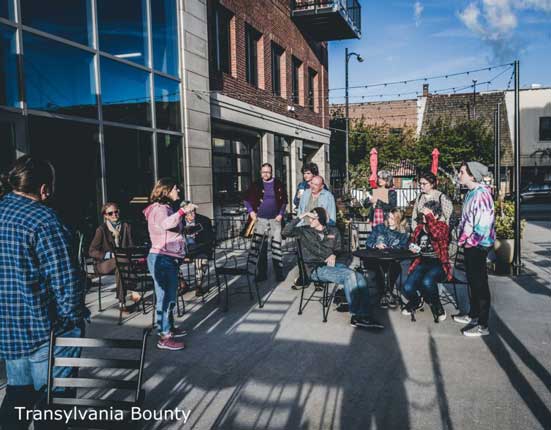