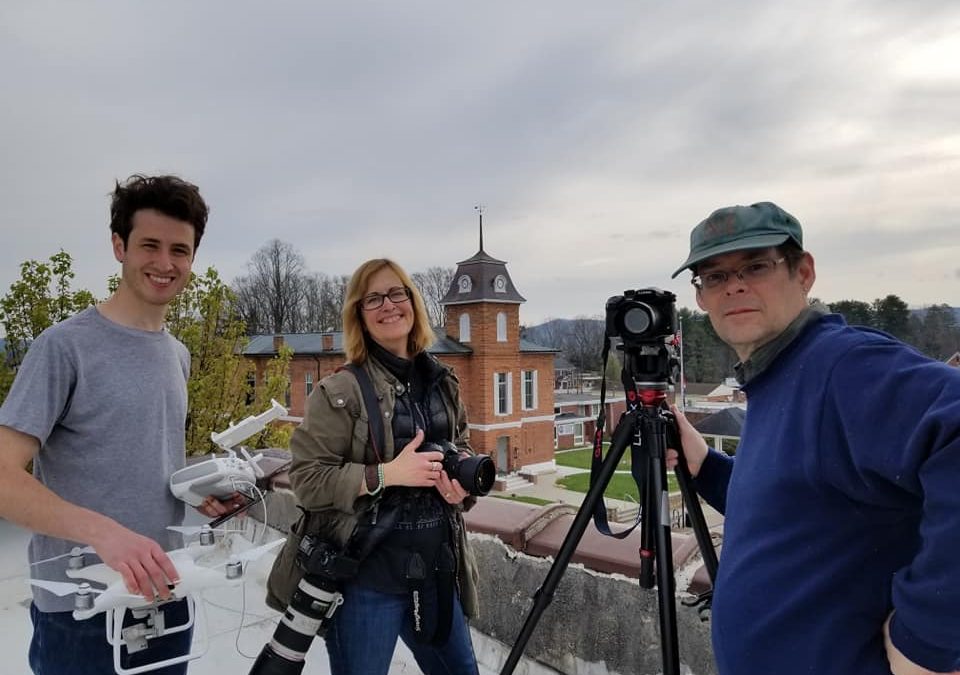 Last Saturday and Sunday, observant passersby in downtown Brevard noticed a fourth flag on the flagpole at the Transylvania County courthouse. Waving in the breeze, beneath the American, POW and North Carolina flags, flew the striking white palmetto tree on an indigo field of the South Carolina state flag.

What gives? From March 29 through March 31, the Veterans History Museum of the Carolinas, in conjunction with a local production company, filmed a movie depicting the museum’s activities, mission, and vision for the future. The two state flags represent the museum’s 2019 expanded focus on the veterans of both North and South Carolina. The SC flag came down on Sunday after filming was complete.

Producing the project was TC Arts Council’s Tamara “Tammy” Hopkins, Film Liaison with FilmBrevardNC. The film team consisted of Edwin Dennis, Camille Maren Photography, and Evan Schmidt. The production assistants were Daisy Talley with Jim Dang and Dylan Monarch, both film students from Blue Ridge Community College. Special thanks are extended to Davidson River Outfitters for supplying the camera crew with waders, and to Transylvania County maintenance crew for their assistance with County grounds preparation.

Locations used for the project included downtown Brevard, the Veterans History Museum of the Carolinas, Domokur Architects, WSQL Radio, Army Reserve, OP Taylors, the Blue Ridge Parkway, and Davidson River in the Pisgah National Forest. On Sunday, groups of veterans were photographed on the lawn in front of the museum, next to the courthouse, including WWII and Korean war veterans, Vietnam veterans and a group shot of all veterans in the County interested in posing for the film.

“The crew had a great time working with local veterans to capture the importance of the museum and the preservation of the veterans’ artifacts to be shared with generations to come,” said Hopkins. “Congratulations to Emmett Cassciato, museum founder and curator, for what he has created with the Veterans History Museum of the Carolinas. His board of directors, volunteers and interns were fantastic to work with. We could not have done it without their help.”

The museum plans to air the brief film in May and will use it during a capital campaign to fund a new site and expanded facility. “Veterans love to congregate in the museum, to share stories and honor their brethren,” said Cassciato. “We receive new and unique artifacts on a weekly basis and are anxious to own a facility that will display these treasures of American history.” Plans include such amenities as a “ready room” for veterans to meet, a recording studio to capture their stores in conjunction with the Library of Congress Veterans History Project, expanded display capabilities and a community room for meetings, lectures, classes and movies. “The film, carefully crafted by Tammy Hopkins and FilmBrevardNC, will illustrate both our accomplishments and our vision for the future,” Cassciato said. “We’re excited and can’t wait to see the finished product!” 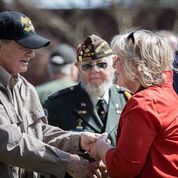 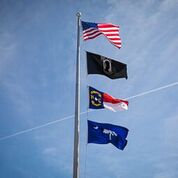 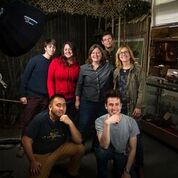 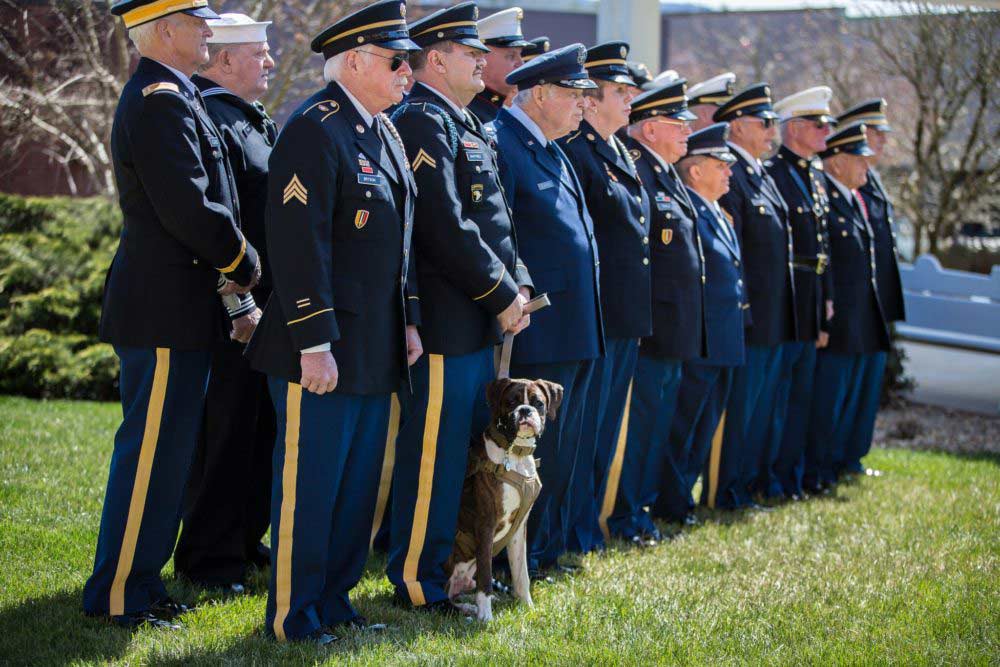