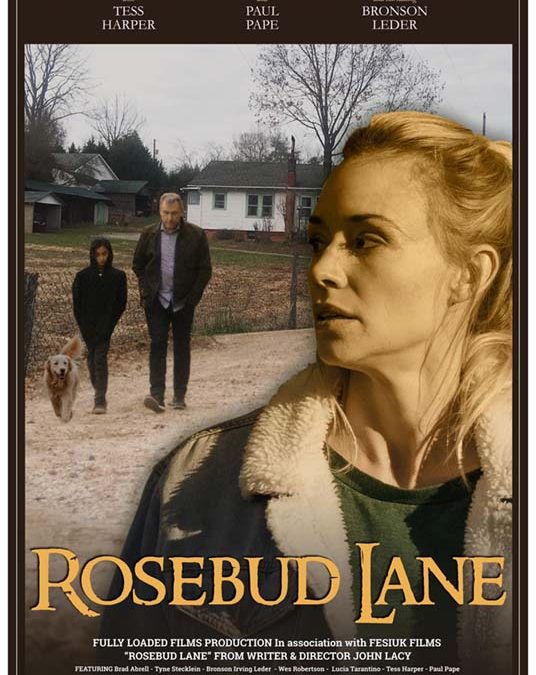 The feature film Rosebud Lane that shot in Brevard and Hendersonville, NC will premiere on February 28, 2022 at the Grauman’s Chinese Theatre in Hollywood, CA as part of the Gold State Film Festival.  FilmBrevardNC is proud to have worked on this film and will be on the red carpet on February 28!

Rosebud Lane: A Hollywood filmmaker connects with his estranged young son and the result leaves a small mountain town shattered.